To create cohesive whole architects and interior designs try as much as possible to establish a smooth dialogue between the internal and external spaces and to expose the interior to the views and the beauty of the outdoors. The MCNY House is a private residence located in Franca, Sao Paulo. It was completed in 2016 by mf+arquitectos, a studio established in 2009. The team is an adept of the idea of integrating the interior with the exterior and also of impregnating a space with the charm and uniqueness of the materials used in its design.

In order to establish the strong and seamless connection between the internal and external spaces, the architects wrapped the house in a series of folding wooden panels which act like shutters. They can be closed off for better insulation or increased privacy and can also be opened up exposing the internal spaces to the garden, the pool and the rest of the outdoor areas.

The entire structure sits on an area of 516 square meters and is defined by simple lines and volumes. The materials used throughout include wood, concrete, stone as well as Corten steel. Together, they become an expression of Brazilian modernism.

All the rooms feature this type of folding shell exterior. The panels are an added layer that forms the exterior facade of the building and offers it a cohesive and harmonious look both as a standalone structure as well as in relation to its surroundings.

The folding wooden panels can be opened to reveal glass walls

The living and dining areas have their own little garden 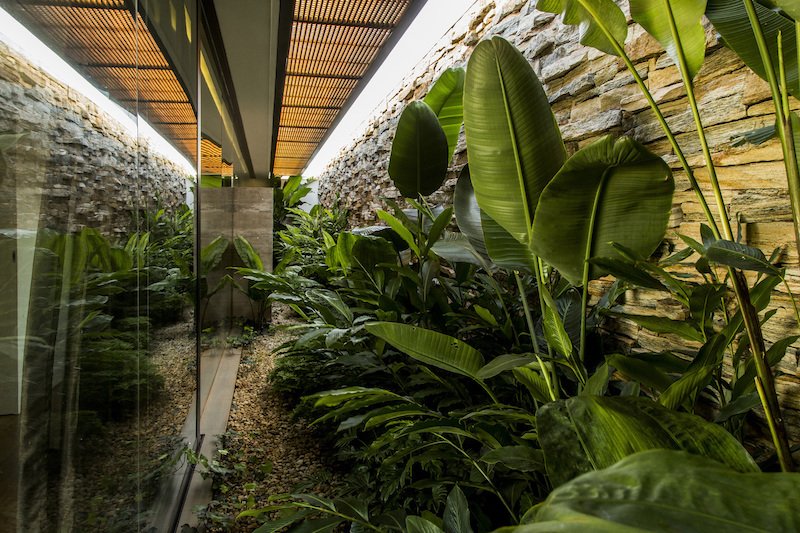 The garden is lush and beautiful and has a perforated ceiling 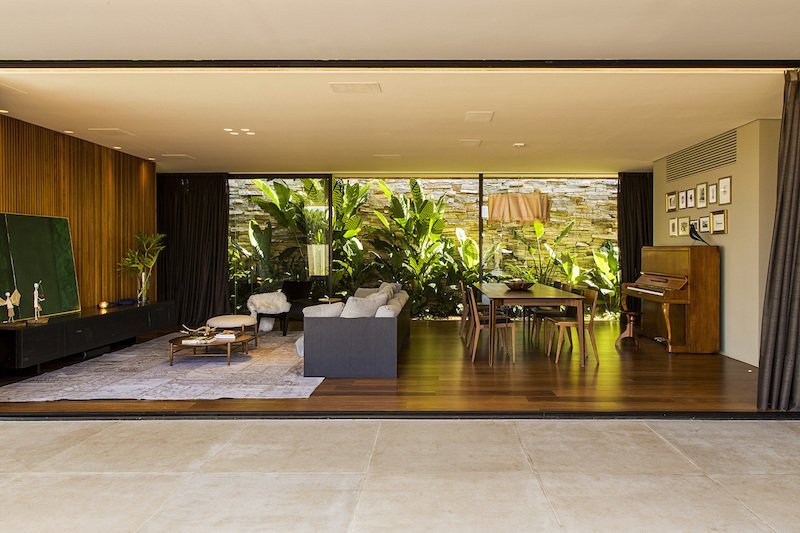 The garden can be hidden behind long curtains whenever desired

The other social space is a sort of cozy man-cave 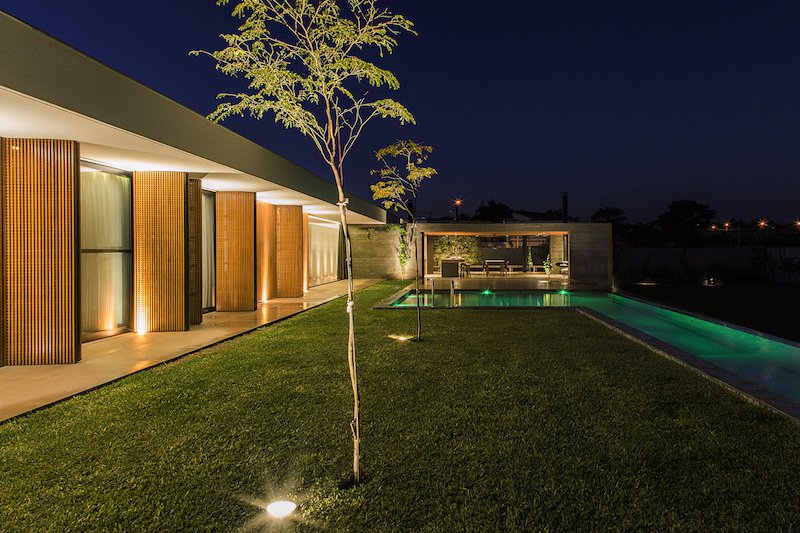 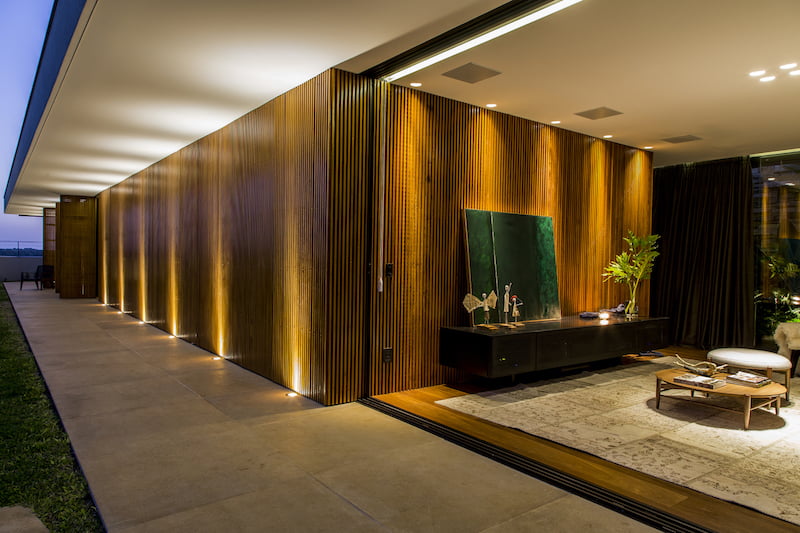